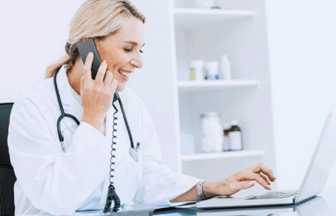 We are proud that our entire business was a bootstrapped start-up that has evolved into an A+ rated multi-national. As we grow from strength to strength, we remain as committed as ever to pushing technological boundaries as we proudly continue to serve our customers.

In 1995, Anton Mendoza and Siva Sanmuga were attending University of Waterloo's Civil Engineering co-op program. They met during one of their work terms, as they shared the same employer. While traveling in Anton’s car for almost one hour each way, they began to discuss starting a business together. The intention was to find developers overseas to work on software projects.

On one of Anton’s trips, one of the contacts informed him of their need for setting up a callback switch to process calls from emerging markets to Western countries. At that time, Siva introduced Mamoon Rashid to Anton. Mamoon, also a Civil Engineering student, had software development experience and was the leading brain in developing the first switch platform.

The first hardware was a 386 Tandy computer donated by Anton’s father. Mamoon developed the first callback switch and billing using Visual Voice software and a four-port dialogic analog card. This platform was used to provide telecom service to a dozen multinational companies. The founders operated part time for more than two years while still attending school. Immediately upon graduation in 1998, Anton started to work full time, becoming the first employee.

The company acquired about $15,000 in capital from the founders' families and used it to set up equipment at a collocation space in New York, buy a digital card, and pay deposits to carriers. And this is how it all started.

Mr. Rashid is an Engineering graduate of the University of Waterloo, in Ontario. He was a co-founder of Telcan in 1997, and Callture in 2004. Mr. Rashid has over 15 years' experience in the IT and automotive industries. Before becoming President of Callture in 2004, he occupied the position of Director of Engineering of Callture Inc. since 1997. During that period, Mr. Rashid led the engineering team at Callture in building the proprietary platform and developing the complete IT infrastructure, which Callture uses today. As leader of Callture, Mr. Rashid ensures the company continues to grow financially and technologically. Mr. Rashid directs and compensates employees for making clients happy, which results in innovative technology development and financial prosperity.

Mr. Sanmuga is also an Engineering graduate of the University of Waterloo with a Master's degree in Systems Design. He co-founded Telcan in 1997, and Callture in 2004. Mr. Sanmuga has over 10 years' experience in Management and Finance. He previously occupied the position of Director of Finances at Callture, where he managed the development of many important projects, including the complete development of Callture’s CRM system and financial infrastructure. Since his new position at Callture, Mr. Sanmuga has helped his unit successfully launch new value-added services to the North American market. At the same time, Mr. Sanmuga dedicates several weekly hours as a volunteer to charitable causes.

Mr. Mendoza is also an Engineering graduate of the University of Waterloo. As a co-founder of Telcan in 1997, and Callture in 2004, he has over 10 years' experience in the telecommunications sector, with a focus in the international long distance market and IP telephony platform solutions. As an international traveler, he has seen firsthand all regulatory and technology changes around the world, from the legacy systems to the latest IP technology. He continues directing his unit to help customers succeed in delivering voice applications to their users.

The company purchased a voice card, developed a basic call processing software and built a website to provide an international callback service. The first 5 clients were contracted that year, billing about $6,000 USD/month.

The founders graduated from University and Anton started to work full time. His salary was partly subsidized by Siva and Mamoon, who had full-time jobs as engineers with other companies.

The company moved to an office and had 5 employees.

The company was providing international callback service to resellers around the world, as well as selling the service online.

The company began providing calling cards, toll-free numbers, and virtual PBX, using its platform to end users, agents, and private-label resellers in the US/Canada market. Callback was still the main business, providing most of the revenue for Callture.

The first VoIP application was developed.

As callback revenues continued to decline, Wholesale focused on VoIP call shop services to international dealers, mainly in the Middle East and Africa.

The wholesale department shifted focus on marketing the platform for prepaid phone cards and prepaid retail portals for PINless services in North America, as these products showed maturity.

A wide array of reporting tools for service providers is added.

The VoIP platform was re-architected to introduce redundancies at every level.

The VoIP platform was enhanced to allow it to be deployed in multiple data centers quickly, including on the Google Cloud as well as on AWS.

In-house built monitoring system was launched to monitor every aspect of the platform every 5 minutes, and to escalate based on the issue.

OYE Mobile signed up over 1,600 Point of Sale retailers in Toronto, Montreal and Calgary.

Game Changing WebRTC-based Unified Communication platform was launched. It allowed the users to connect in the easiest and fastest way.

Launched leading portal for partners to manage their business. It includes functionalities to create and manage customizable quotes and sub-agents, as well as to monitor the entire onboarding process.